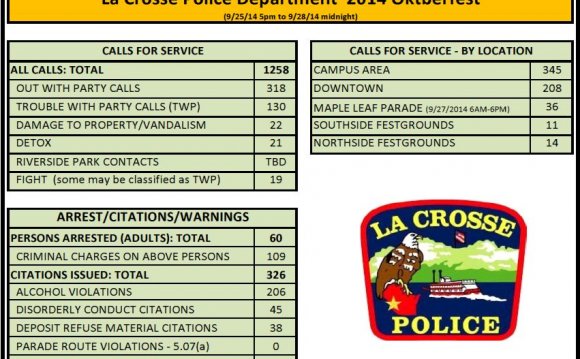 Oktoberfest is celebrated on two festival grounds in La Crosse, Wisconsin. Below are driving directions to help guide you to each location.

From the South (Viroqua/Coon Valley area)

The Pinsetter Band at OktoberFest 2013 in LaCrosse, WI