History of Oktoberfest in Germany 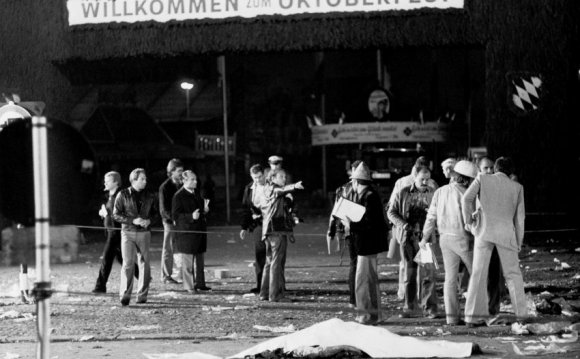 The original "Oktoberfest" occurred in Munich, on October 18, 1810: For the commemoration of their marriage, Crown Prince Ludwig and Princess Therese of Saxe-Hildburghausen organized a great horse race (the marriage took place on October 12; the horse race on October 17  therefore, there are different dates named as being the first Oktoberfest).
Since 1850, this has become a yearly event and an important component of the Oktoberfest. 8, 000 people  mostly from Bavaria  in traditional costumes walk from Maximilian Street, through the centre of Munich, to the Oktoberfest. The march is led by the Münchner Kindl.

Bavaria statue above the TheresienwieseSince 1850, the statue of Bavaria has watched the Oktoberfest. This worldly Bavarian patron was first sketched by Leo von Klenze in a classic style and Ludwig Michael Schwanthaler romanticised and "Germanised" the draft; it was constructed by Johann Baptist Stiglmaier and Ferdinand von Miller.

In 1853, the Bavarian Ruhmeshalle was finished. In 1854, 3, 000 residents of Munich succumbed to an epidemic of cholera, so the festival was cancelled. Also, in the year 1866, there was no Oktoberfest as Bavaria fought in the Austro-Prussian War. In 1870, the Franco-Prussian war was the reason for cancellation of the festival. In 1873, the festival was once more cancelled due to a cholera epidemic. In 1880, the electric light illuminated over 400 booths and tents. In 1881, booths selling bratwursts opened. Beer was first served in glass mugs in 1892. At the end of the 19th century, a re-organization took place. Until then, there were games of skittles, large dance floors, and trees for climbing in the beer booths. They wanted more room for guests and musicians. The booths became beer halls.

In 1933, the Bavarian white and blue flag was replaced with the standard swastika flag. From 1939 to 1945, due to World War II, no Oktoberfest took place. From 1946 to 1948, after the war, Munich once again celebrated only the "Autumn Fest." The sale of proper Oktoberfest beer was not permitted; the guests had to make do with beer that had an alcohol content under 2%.

Since its beginnings the Oktoberfest has thus been cancelled 24 times due to war, disease and other emergencies.

Modern festival
Since 1950, there has been a traditional festival opening: A twelve gun salute and the tapping of the first keg of Oktoberfest beer at 12:00 by the incumbent Mayor of Munich with the cry "O'zapft is!" ("It's tapped!" in the Austro-Bavarian language) opens the Oktoberfest. The Mayor then gives the first beer to the Minister-President of the State of Bavaria. The first mayor to tap the keg was Thomas Wimmer.

By 1960, the Oktoberfest had turned into an enormous world-famous festival. After this foreigners began to picture Germans as wearing the Sennerhut, Lederhosen, and the girls in Dirndl. Horse races ended in 1960.

Popular Oktoberfest food has long history of service behind it