Cheap hotels in Munich for Oktoberfest 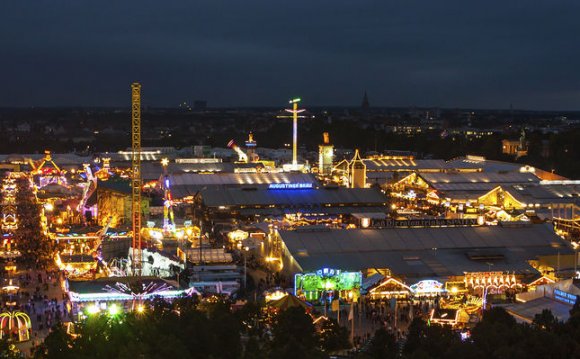 The shabby chic decor throughout the hotel was charming. The complimentary breakfasts were EXCELLENT! Honestly, one of the best breakfast spreads I encountered on my journeys through Germany and Austria this summer. The breakfast room was also very cute and had a small balcony where you could sit outside if you wished to. The location was also convenient and nice. The hotel is near a subway stop and it's across the street from Theresienweise.

There were many things about this hotel that made my stay uncomfortable. I would NOT stay here again. First of all, the bathroom to my room was not connected to my room but rather down the hall and required a separate, archaic key that did not always work very well. This bathroom was not well ventilated and smelled moldy. The room description did not indicate that the bathroom would be down the hall and had I known that I would not have stayed in this hotel because that was very unpleasant. Also, the cleaning staff did not clean my room or my bathroom everyday, which was especially annoying because I really needed fresh towels. Also, the hotel in general suffered from a general lack of care and cheapness when it came to certain things. For example, there was NO towel bar to hang any of my towels on even though there was ample wall space to attach one (or two). The soap dispenser that was attached to the wall in my bathroom was empty and a secondary, oversized bottle that did have soap in it was haphazardly placed on the sink. Why not take the time to attach this bottle to the wall and replace the empty bottle? The same goes for the body wash container in the shower. Also, it was extremely hot in Munich when I stayed there and there was no AC (to be expected) or fans in the rooms or the hotel. Also, the entrance to the hotel was in an alleyway, which wasn't the most aesthetically appealing. The WIFI was also so slow that it effectively did not work. This was a major problem for me because I relied on the internet to research things to do during my stay and directions to places. Lastly, the staff in the hotel (in particular the woman who worked at the reception desk) was very unfriendly. I felt like this hotel was WAY overpriced for what it was.