When does Oktoberfest start 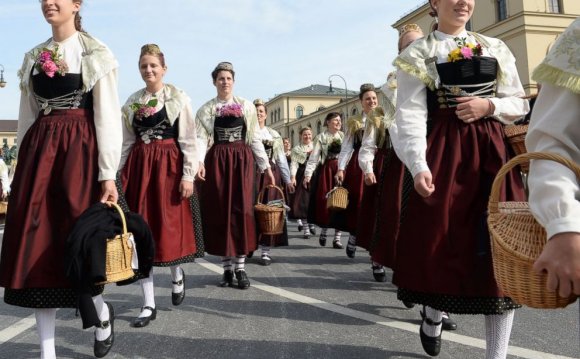 The Oktoberfest has its origins in the year 1810. However, it looked a bit different then, as the first Oktoberfest was a horse-race, held as a part of the wedding festivities of Bavarian King Ludwig I. and his wife Theresie.
The people liked that horse-race so much, that it became an annual event, which then developed into what we know as Oktoberfest today, as the focus shifted more and more away from the horse-race and towards fun rides and drinking beer.

Why does the Oktoberfest start in September?

The original horse-race was an event that only took one day. Over the decades, as the horse-rave had disappeared, the Oktoberfest got longer and longer, until it lasted two weeks, as it does today. However, it is not uncommon in Bavaria for the weather to become quite cold in the middle of Oktober and there can even be snow. To avoid a snowy Oktoberfest, the decision was made to start the Oktoberfest earlier, usually some time around the beginning of the fourth week of September.

What do I have to know, when it comes to beer?

First of all, the reason, why beer has always been so popular in Munich, is that the quality of the drinking water was always very bad and most likely the reason of numerous cases of the plague and the cholera in former times. So people rather drank beer, because it was a lot safer to drink, as most germs were killed during the brewing process.
The beer you get on the Oktoberfest is Munich beer, which means: It was really brewed on Munich ground. It is a bit stronger than your regular Munich lager beer. Instead of the more common 5% to 5.5% (always depending on the brewery) of alcohol, the Oktoberfest beer usually is about 1% stronger.

Liter, Maß, Hoibe - how does that work?

The most common drink to order at the Oktoberfest is "eine Maß Bier."
"Maß" means that you will get one liter of beer. "Maß" means "measure" or "unit" in German and is female: "Die Maß". Correctly pronounced, "Maß" rhymes with "buzz". What a coincidence...
Half a liter of beer is called "Halbe" (or "Hoibe" in Bavarian). Never mind the pronouciation of "Halbe", because you won't get one in a beer tent anyway.

What do I eat?

Pork, chicken or oxen.
Roast pork is usually served with dumplings made from potato-dough and a very hearty sauce. The same goes for the oxen.
A very popular Bavarian snack is half a chicken. The important thing is the skin of the chicken, which is extremely well-spiced and should always be very crispy. In Bavarian it is calles "a hoibads Hendl".

Am I allowed to stand on the benches?

No. However, it has become a common thing for the visitors to celebrate standing on the benches and nobody will tell you to sit back down, when the big party has started in the evening.
Keep in mind, tough, that you won't be compensated, if you fall down and hurt yourself.

What do I wear?

Whatever you want to. There is no explicit dress-code. If you want to wear an authentic Bavarian look, you can have a look at our shop. What you should wear, is proper, solid shoes, as the Theresienwiese is originally grassland, which gets very muddy and quite soaked, when millions of people trample over it.

Be nice.
If you get into a brawl, there is enough police to get you arrested in a matter of seconds.
Don't harass the ladies. "No!" means "No!" - also at the Oktoberfest.
Don't drink and drive. If you are drunk, take a taxi or the subway. Note, that cycling drunk is just as forbidden as driving a car.