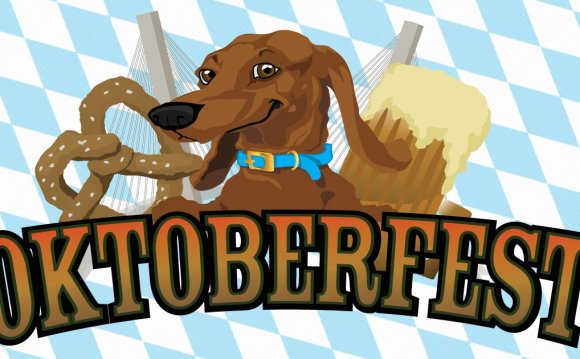 If you are coming to Oktoberfest, you really need to dress the part. Whilst guys can get away with checked shirts and jeans, girls really will feel out of place if they aren’t “dirndl’d” up! There are strict rules on how the bow on the apron is tied by the way, so be careful not to make any mistakes! Tie it to the left if you are single, right for spoken for/married and at the back if you are sadly widowed. Tying it at the very front is highly suggestive – you have been warned!

Don’t underestimate how huge the tents can be – some are the size of football pitches, so make sure you have a decent meeting point for friends or you might not see each other at all. If you aren’t lucky enough to have tables booked (most are booked at least a year in advance) then you really must turn up super early to even stand a chance of getting a seat and a bier! If you stand on a bench during the day, you are signalling to everyone that you can down a litre of bier in one, and there will be huge peer pressure on you to do so! If you don’t think you can manage it, don’t even attempt it. Standing on the benches at night is purely for dancing, and never ever stand on the table no matter what time of day!

Do make sure you keep eating as the bier is stronger than you think, and the food is a huge part of the celebrations anyway. Choose from giant pretzels (great for soaking up all that liquid) roast chickens, plenty of bratwurst, cheese and meat platters, and my favourite (and perhaps most traditional) stekler fish (barbecued fish on a stick). Prost! And before you leave, if you can stagger over all the bierleiche (literally beer corpses – people who obviously didn’t eat!) then make sure you climb up the hill to stand by the statue of Bavaria herself, the sight of Oktoberfest stretching out beneath you is mind blowing!

“Dani Heinrich. originally from Germany, left her home country in 2006 and has been nomadic since 2010, when she quit her corporate job and embarked on a road trip through the U.S. What was intended to be a one-year trip turned into an indefinite journey, and with the motto ‘One Globe. No Regrets’, Dani has now traveled through over 50 countries on four continents and has no plans to stop any time soon.”