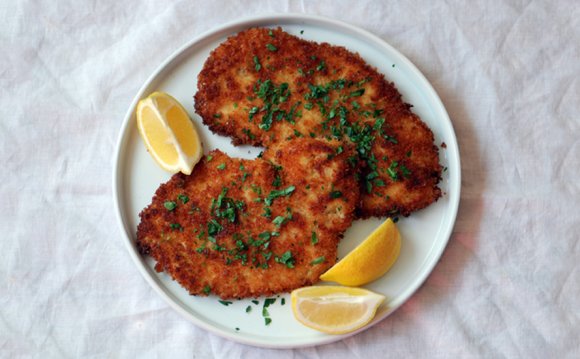 It’s that time of year again! Time to loosen that belt buckle, strap on your lederhosen, and help yourself to another stein of frothy beer.

Today I’m sharing 8 of my very favorite German-inspired recipes to whip up this September for a fun and festive Oktoberfest celebration.

Not just for Oktoberfest, spaetzle is the perfect accompaniment to stew and goulash, or as a simple side dish for roast pork tenderloin.

Nothing warms you up on a cool day like a steaming bowl of lentil soup. The secret is the splash of vinegar stirred in right at the end!

Tangy, smoky, and a little bit sweet; perfect for Oktoberfest!

While not a classical German recipe, this bread is simple to make and perfect for scooping up every last drop of fondue.

Drop everything and make this fondue RIGHT NOW. This may be the only time I’ll ever tell you to use process cheese for any purpose, so pay close attention!

Alright, so pot de creme isn’t *quite* German. But trust me when I tell you that you need this in your life. It’s made in the BLENDER and has the creamiest German Chocolate Cake frosting!