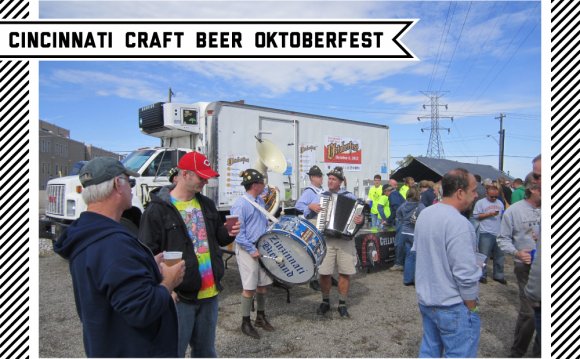 Even if you can't make the trek to Munich this year, you can still enjoy some of the same beers being served across the Atlantic. In fact, three of the breweries featured here are among the six that are allowed to serve beer at the Bavarian Oktoberfest. Try this selection of the top 10 Oktoberfest beers at home, but you'll have to provide your own oompah band.

Price: for a six-pack

One of the few Märzens available year-round, this version is made with Munich malt, has a deep amber appearance and a grassy/floral aroma with a hint of orange peel. A smooth, easy drinking beer, its flavors of toasted biscuit merge with crisp hops with a sourdough aftertaste. This brewery utilizes exclusively natural ingredients of fresh organic hops, barley, yeast and fruit from local growers in Southern California and pure artesian spring water from its historic Indian Wells Spring, which saved the 1849 gold rush party lost in Death Valley.

It's also a green brewery, using energy-efficient methods, including gravity power to feed water from its artesian spring to the facility; the spent grains from the brewing process are donated to local farmers who use them to feed goats and other livestock.

Price: for a six-pack

This family brewery, which got its start in 1867, is one of the oldest in the U.S, and is still guided by fifth-generation descendents of the Leinenkugel family. First introduced in 2001 to honor company founder Jacob Leinenkugel, this Oktoberfest lager is brewed with a blend of Munich, Caramel and Pale malts and balanced with Tettnang, Perle, Cluster and Hallertau hops. Crystal clear amber-colored, with an off-white head, it's vigorously carbonated with a slight nutty malt aroma. Light-bodied and very easy-drinking, it exhibits a light hop character and mild malt sweetness, followed by a dry, crisp, smooth finish.