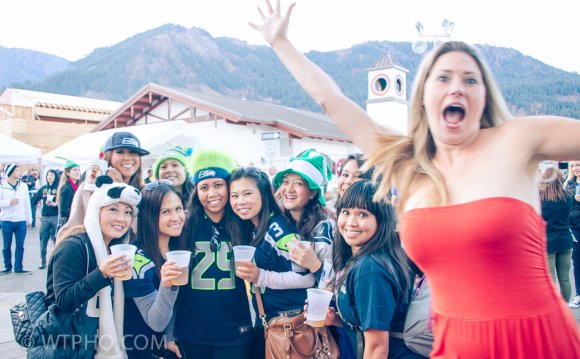 Germany’s Oktoberfest began in Munich in 1810, as a celebration of Prince Ludwig l married to Princess Therese from Saxony-Hildburghausen. It all began as a wedding feast on the outskirts of Munich where the guest ate, drank and celebrated. It was such a success that it became an annual tradition now enjoyed by more than 10 million people per year.
Leavenworth Washington is located in the foothills of the Cascade Mountains in the beautiful Pacific Northwest. Today more than a million tourists come to Leavenworth each year for their Traditional Bavarian Village and Events.
Projekt Bayern is a nonprofit organization created to promote and enhance the Old World Bavarian theme throughout the city of Leavenworth and its surrounding region. Members of Projekt Bayern came up with the concept of an authentic Oktoberfest celebration in 1998.
The first Leavenworth Oktoberfest was held in October 1998 which was attended by about 400 people. The next year the attendance grew, and entertainment was brought in directly from Germany.
The festival continued to thrive each year and in 2003, a second weekend was added and two bands were brought in from Germany in addition to may performers from the US and Canada. By 2005 attendance had grown to 10, 000+ and the Leavenworth festival was ranked as one of the top Oktoberfest celebrations in the Country.

What started as a single weekend festival has now developed into three full weekends with four Venues of activities that the entire family will enjoy.