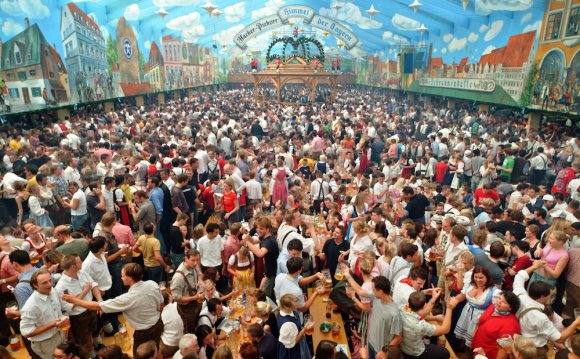 Beer and Bratwurst and Lederhosen

Everybody knows about Oktoberfest, or Wies’n if you want to impress the locals. And everybody wants to be there. Picture it: the endless flow of amber beer, beautiful girls carrying arms full of sloshing beer steins, the smells of bratwurst wafting through the tents. Ahhh, how wonderful it will be!

As the daydreams continue you realise one big thing. Oh yeah, Oktoberfest is expensive. Turns out its not only you having Munich beer festival fantasies.

Approximately six million other avid drinkers, partiers, and beer connoisseurs from across the globe share the same dream. And as we all know, that many people in one city means accommodation costs skyrocket.

Thinking of getting a hotel room? Think again. You would be lucky to find a hotel room for less than €200 and could easily spend upward of €600 per night, if you don’t book very early. Even hostels can run you dry. Hostel costs during Oktoberfest generally range from €50 pppn to €100+ pppn in multi-bed dorms. Even privately owned, shared flats and rooms in Munich will run you around €60 a night if they are anywhere close to Theresienwisese.

So what is the wannabe Oktoberfester on a student budget supposed to do?

Camping can be a wonderful way to experience Oktoberfest on a budget. Although you will need to book quite far in advance (things that cost less fill quickly!), you will save a ton of money and you may just have a ton of fun too. Camp sites in Munich generally range from around €20-€50 per night for a campsite or tent. So travel with friends and split the cost.