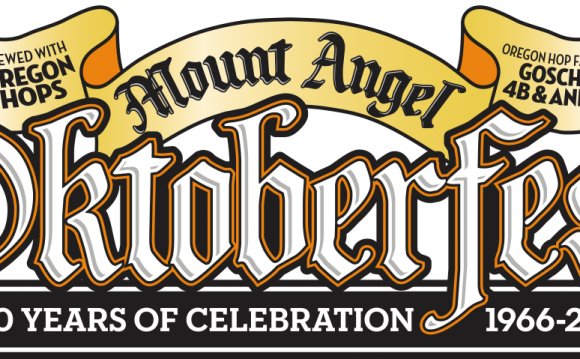 Oktoberfest in Mt. Angel is more than just a celebration of German culture - it's one of Oregon's longest festivals and has become more family friendly with each year.

Each year more than 300, 000 people attend the four-day festival, which has been held in Mt. Angel for more than 50 years.

Organizers of the event say there is something for everyone at the festival that is more block party than parade - although they have those too.

Oktoberfest starts on the second Thursday after Labor Day and continues through Sunday. The festival kicks off with a May pole dance - called a Webentanz in German - performed by children from Mt. Angel. This is just one of the activities that can show people the local talent and flavor of the area 40 miles south of Portland. Here are some of the activities that take place during the event:

The Alpinegarten: This area features interactive entertainment with a wide variety of alpine folk music in a huge hall. This area is reminiscent of a traditional Bavarian village folk fest, according to organizers. Bands, dancing, food and beverages are served up to bring the Alps to Oregon.

The Biergarten: This is an adult-only venue that can be found by following the sounds of "oom pah pah." Dancing, singing, food and premium beers are the nature of the fun in this section of the festival.

Free concerts: Every year numerous performers from the local community to bands who are brought in from Germany fill the event with authentic Bavarian sights and sounds. Can you say lederhosen?

The Oktoberfest Kindergarten: This is a great place to spend some time with the kids, with homemade goodies to train rides, a 4H barnyard and a clown show. All shows are free in this area and it's a great place to help entertain children during the festivities.

The Schnitzelgarten: This is a covered garden with stage ("People's Stage" in German) that features local artists and keeps the music and fun echoing throughout the entire event.

Cruz-n-Car Show: The Cruz-n consists of two separate shows the final two days of the festival. The show includes 100 vehicles each day and has features automotive treasures from the early 1900s to today.

"The best thing about Oktoberfest in Mt. Angel is that it really does cater to people of all income levels, " Lauzon says. "You can come here and spend very little, or spend the entire day going through the many booths and eating your way across the event."

The Oktoberfest in Mt. Angel is also a great way to help a small Oregon community - with much of the proceeds raised during the event going to schools, churches, service organizations, youth activities, senior services and hospitals in the area. In fact, since it began the festival has donated more than $1.75 million to their local community.

About Oktoberfest: A four-day festival in Mt. Angel featuring music, food, dress and beverages of Bavaria. The event is used to help raise funds for non-profits and community activities in the Mt. Angel area and each year brings more than 300, 000 people to the festival.

What to bring: Comfortable walking shoes and whatever money you would like to spend on food, beer, wine and the many arts and craft booths that are scattered throughout the festival. Many people are dressed in Bavarian garb, so bringing a camera is always a good idea.

Getting there: From the north on I-5, take the Woodburn exit #271 and follow State Highway 214 to Mt. Angel (approximately 10 miles).

From the south on I-5, take the Market Street exit #256 in Salem and follow signs to State Highway 213. Proceed east through Silverton to Mt. Angel (approximately 16 miles).

Fees: Admission is free and parking is plentiful in lots run by non-profit organizations throughout the area. Parking traditionally is $5 for the day and the lots are secured.

Tips: Festival spokesman Jerry Lauzon says Oktoberfest traffic can be a problem, so your best bet is to check an Oregon map and find alternative routes to Mt. Angel. "Coming from the north I would continue down Interstate 5 to the Brooks or Kiezer exits and follow the signs, " he says. "If you are not familiar with the area, just realize that it's a popular event and be patient - the drive is worth it."

Lauzon also says that in recent years the focus of the festival - while always on beer - has tried to be more family friendly with an effort to keep people from over-indulging. So if you do attend, make sure to drink in moderation - especially if you are going to drive back to the Portland area.