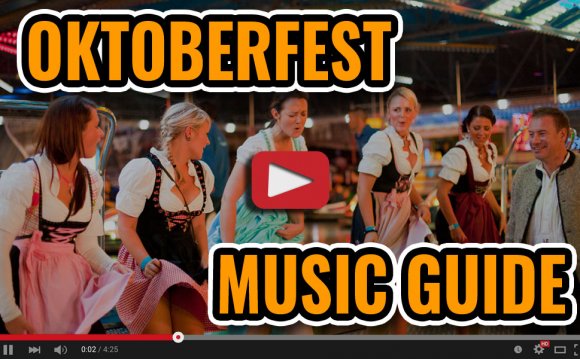 TAKE ME HOME, COUNTRY ROADS LYRICS: Now I know what youre thinking.
Why is an American country anthem included on this list of best Oktoberfest songs?
Maybe because the world just cant get enough of it.

John Denver and buddies Taffy Nivert, and Bill Danoff wrote the song in 1970 and Denver turned it into his signature tune. Though the song never reached No. in the United States its become one of the most enduring melodies of the twentieth century.

The lyrics and catchy, touching and very sing-along-able, just what you want to hear when youre swaying on the benches inside a huge beer tent at the Munich Oktoberfest. Take Me Home, Country Roads was even used by NASA to wake up Space Shuttle astronauts on the last day of their mission.

Its played several times a day in each of the Munich Oktoberfest tents, and always in English.

Almost heaven, West Virginia
Blue ridge mountains
Shenandoah river -
Life is old there
Older than the trees
Younger than the mountains
Growin like a breeze

All my memories gathered round her
Miners lady, stranger to blue water
Dark and dusty, painted on the sky
Misty taste of moonshine
Teardrops in my eye

I hear her voice
In the mornin hour she calls me
The radio reminds me of my home far away
And drivin down the road I get a feelin
That I should have been home yesterday, yesterday

Or find me on Google+

Thanks for reading: Country Roads lyrics